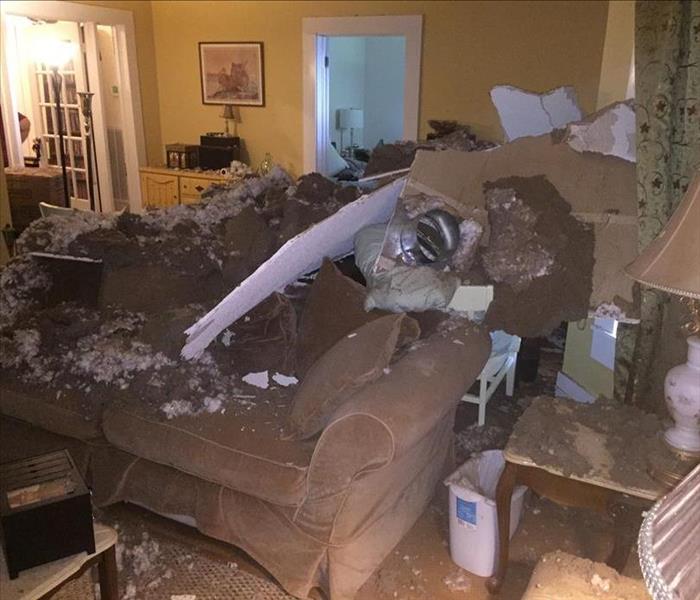 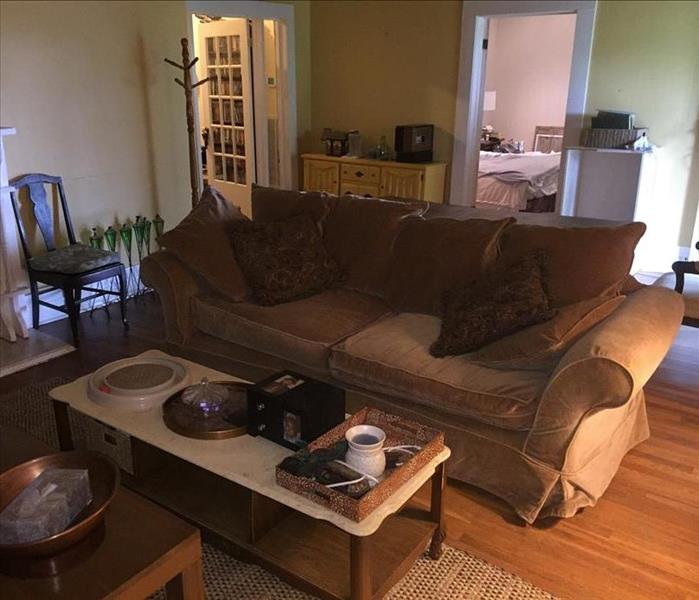 This before photo shown above was the result of a spontaneous ceiling collapse in Orange Beach, AL. The living room was completely covered in drywall and insulation. Notice the extent of fallen debris throughout the room. Thankfully, the homeowner was not at home when the incident occurred. However, upon discovering, the homeowner immediately called SERVPRO of Baldwin County. We were able to remove all debris, clean her contents, and restore her structure to its pre-loss condition. This after photo was taken only two days after the loss occurred. Our customer was expecting a much longer process and she was extremely satisfied with the results.

View More Before & After Photos