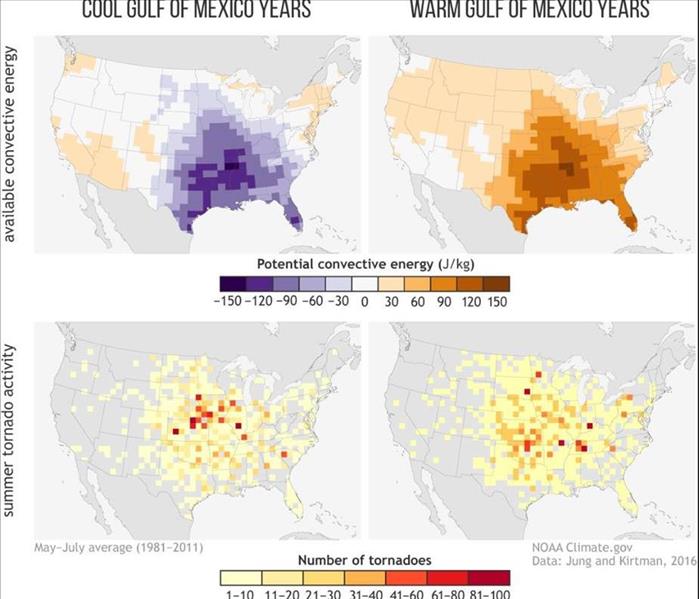 CAPE Relation to Number of Tornadoes

One of the best predictors of storm activity is a variable known as convective available potential energy, or CAPE, which essentially measures the amount of energy available to rapidly lift a parcel vertically through the atmosphere. Values of 2,500 joules/kg are generally considered high enough to provide ample energy for severe storms to form.

A study published in the journal Geophysical Research Letters in December found that the warmer the Gulf of Mexico sea surface temperatures, the more hail and tornadoes occur during March through May over the southern U.S.