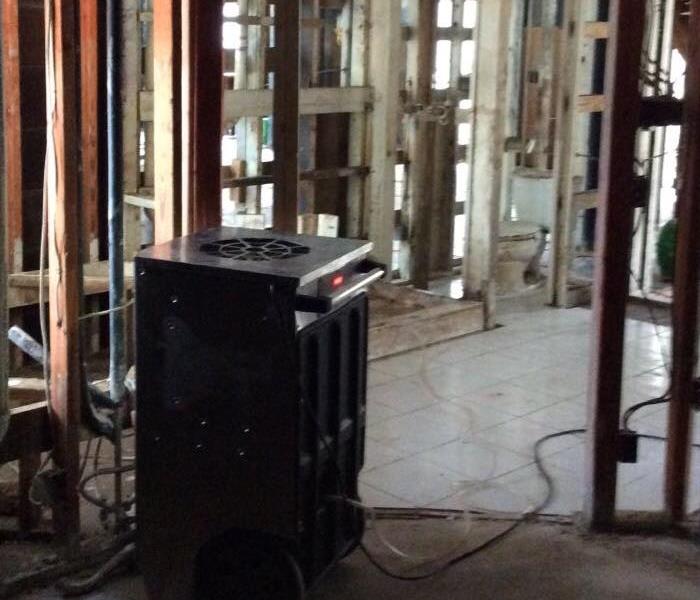 This photo shows drying being completed at a residential loss in Florida caused by flooding due to Hurricane Irma.

There is often a misconception that if you are not 'in a flood zone,' or more accurately, if you are in a low risk community that your home or business will not flood. While your home or business may be in a low risk area, just because you haven't experienced a flood doesn't mean you won't in the future. The NFIP released that 20% of all paid claims were for low-risk policies. We frequently find that because of this misconception many home and business owners do not carry flood insurance. If you do not have flood insurance, the out of pocket costs associated with flood damage can be substantial.

Flood water is considered category 3 or black water. Black water is typically caused by sewage damage, flooding, or any type of natural disaster. This water is highly contaminated and filled with fungi, bacteria, chemicals and more. The restoration should only be handled by professionals.

According to the National Weather Service (NOAA), the following are the most common flood hazards in the United States:

NOAA also said that, "Approximately seventy-five percent of all Presidential disaster declarations are associated with flooding."

With every catastrophic storm, you can rest assured that there will be a catastrophic storm response. The SERVPRO System has a network of strategically positioned storm teams on standby should a disaster strike near you. Available 24 hours a day and 365 days a year, SERVPRO of Baldwin County is prepared for the unpredictable.