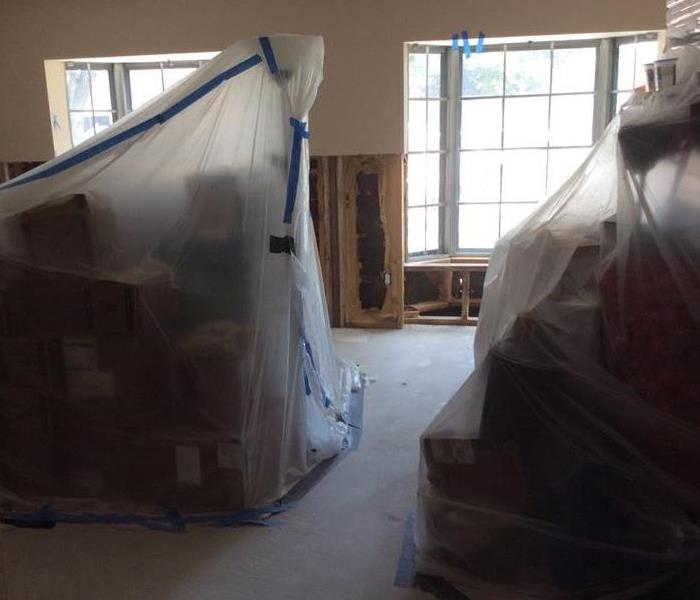 In 2017, we traveled to areas affected by named storms & hurricane along the US coast. This photo shows mitigation efforts on a residential project.

Extreme hurricanes and wildfires made 2017 the most costly U.S. disaster year on record. Each year, weather events cause catastrophic damage in the US. In 2017 alone, "the disasters caused $306 billion in total damage in 2017, with 16 events that caused more than $1 billion in damage each. The bulk of the damage, at $265 billion, came from hurricanes." (source)

According to many researchers, the 2018 Atlantic Hurricane Season is expected to be above average as well. One of the costliest aspects of hurricane season is not just the wind, but the widespread flooding. In addition to storm surge, slow moving systems cause the accumulation of rain in creeks and rivers to back up even in areas which may be "low risk".

How can you be prepared?

Speak with your insurance agent regarding your coverage. Flood insurance and Hurricane/Wind insurance may not be included in your Homeowners policy.

Speak with your insurance agent regarding what amount will allow you the ability to rebuild your home. A lower premium is not always best if it does not cover the costs to rebuild. It's important to have enough coverage!

Review your policies before Hurricane season (reminder: it starts June 1st!) with your insurance agent. There is a 30-day waiting period before flood insurance goes into effect. Some  times, insurers will not adjust your coverage after a storm is forecast.

See this post for information on how you can prepare your family in case of evacuation due to flooding.