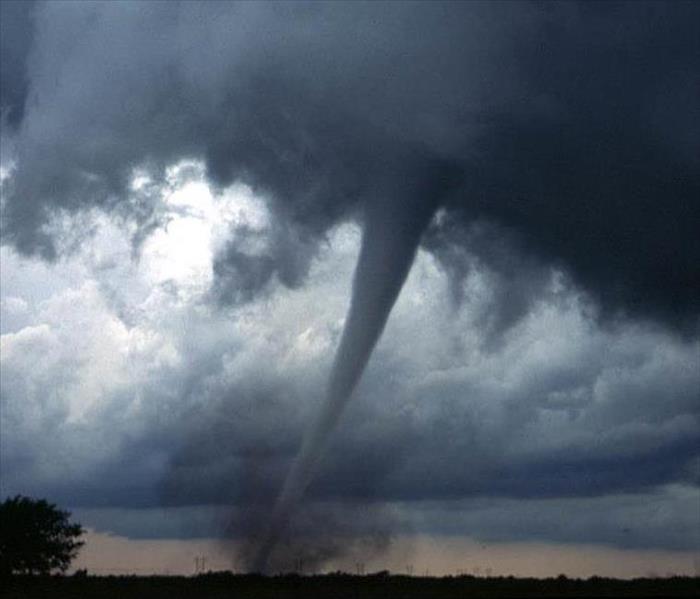 Know the signs of a tornado before it hits!

Tornadoes can strike quickly, and oftentimes, without much warning. According to NSSL, “A tornado is a narrow, violently rotating column of air that extends from the base of a thunderstorm to the ground.” Tornadoes are often hard to see unless a funnel forms because wind is invisible. Tornadoes can be difficult to see unless dust and debris are gathered within the condensation. If you cannot see the funnel, debris clouds can often mark their location. Made up of water droplets, dust, and debris, tornadoes are the most violent of all atmospheric storms.

How long is tornado season exactly? In the Southeast, tornado season lasts from March through May; however tornadoes can occur through early fall. Tornadoes often follow behind severe thunderstorms and hurricanes. Unfortunately, Baldwin County is no stranger to either.

SERVPRO of Baldwin County specializes in storm damage cleanup. After the storm, SERVPRO can restore your home, business, and personal property back to preloss conditions. We have the tools, resources, and training to make any loss “Like it never even happened.” Cleaning up after a storm doesn’t have to be hard, and choosing a company doesn’t have to be, either. Call SERVPRO of Baldwin County: 251-928-9625 / 251-943-6244. SERVPRO of Baldwin County is locally owned and operated, so we are part of this community too. When you have a flooding or storm emergency, we’re already nearby and ready to help. We take pride in being a part of this community and want to do our part in making it the best it can be.